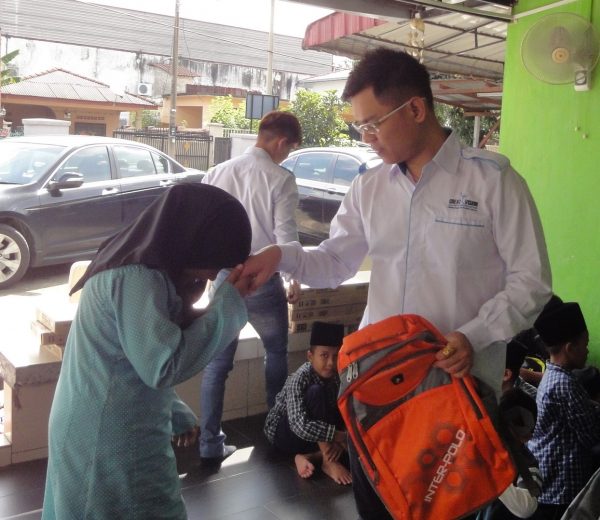 Franky See Swee Choy is a businessman, philanthropist, and a family man. He is the founder of Great Vision Charity Association (GVCA), which is a non-profit charitable organisation based in Shah Alam, Selangor that emphasises the important role that education and awareness plays in transforming our society and embraces the philosophy that “to give a man a fish and you feed him for a day; teach a man to fish and you feed him for a lifetime”. He is currently elected as the President of the association and aims to continue spearheading the association to greater heights so that he could inspire and influence more members of the public via education and awareness to care for the underprivileged groups.

Franky See is an established businessman with business interest in various sectors that includes talent management, manufacturing, and machining sector. His success in the business world thought him various management tools, philosophies, and ideas that allow him to replicate it in his philanthropy works. He was awarded the Corporate Social Responsibility (CSR) Company of the Year Award at the CSR Malaysia Awards 2019 for his role as the key initiator at running CSR programs in his company and various charity initiatives that he founded, helping to actively assist different types of underprivileged groups in the country through various charity programs and projects.

Joining the work force at the tender age of 22, Franky is strong-willed, and his determination is instrumental in bringing him success in the business field. By the age of 25, Franky ventured into the realm of business and earned his first million by 26 years old.

Great Vision Charity Association established by Franky See is unique in a sense that it manages to attract the young generations especially tertiary students to be volunteers of the association as Franky firmly believes that charity is a form of education too!

Thousands from the underprivileged groups have benefitted from the philanthropy works carried out by the few charity organisations founded by Franky, one of which is GVCA. Among those that had benefitted includes orphanages, old folks home, home for the disabled, natural disaster victims, individuals being bogged down with kidney failures, as well as underprivileged families.

Among companies that have worked together with his charity organisations to bring love and care to the underprivileged groups are Columbia Asia Hospital, Kossan, Magnum, Hong Leong Foundation, Maybank, Anytime Fitness, Sin Chew Daily, Popular Bookstore, The Barbecue Plaza, and many others.

His charitable acts had been highlighted by various major local dailies, online news, and magazines that include the Star, New Straits Times, the Sun, Sin Chew Daily, Nanyang Press, China Press, Feminine Magazine, Sinar Harian, and Kosmo. Franky has also been invited to the Breakfast Show on NTV7 for an interview on philanthropy work.

Franky’s success is not limited to the business and philanthropy world only, as he is also the proud father of 3 kids and a loving husband. When not busy juggling between work, charity, and family, Franky is an avid reader of educational and inspirational books, and is crazy for Japanese sashimi.